We are pleased to offer 1977 USA model 308 GTB s/n 22879, a fully serviced, well documented, great running carbureted 308 GTB fitted with high compression pistons and the rare and desirable “Hot-rod” P6 cams. 308 GTB s/n 22879 has just been treated to a complete engine-out cam-belt service and mechanical restoration by Rod Drew’s F.A.I. in Costa Mesa at a cost of $26,875.81. The engine and transaxle were removed, the final drive seals, the front crank seal and the rear main seal were replaced. All four Weber carbs were rebuilt; new spark plug wires were installed; the cams were removed; the valves were set and new cam belts, new tensioner bearings, new cam pulleys and new cam seals were installed. Eight new spark plugs were installed and the soft fuel lines and fuel crossover hoses were replaced. The flywheel was resurfaced and a new clutch and pressure plate were installed. The rear brake calipers were sublet for rebuild and re-plating, the front rotors were machined, new front brake pads were installed, a new master cylinder and all new brake soft rubber lines were fitted. A new cooling system header recovery tank was sourced, a new water pump was installed, all engine bay water hoses and clamps were replaced and the cooling system was flushed and refilled. On the electrical system the distributors were converted to electronic ignition, the alternator was rebuilt, a new battery and left fuse box were installed and a battery cover was sourced. The A/C system was recharged. The interior was treated to all new leather on both seats and the dash was recovered in the correct vinyl by Peter Engle at Westminster Upholstery. 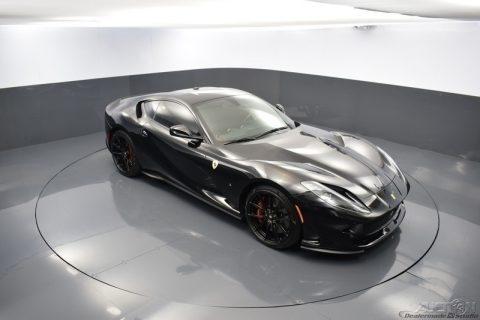 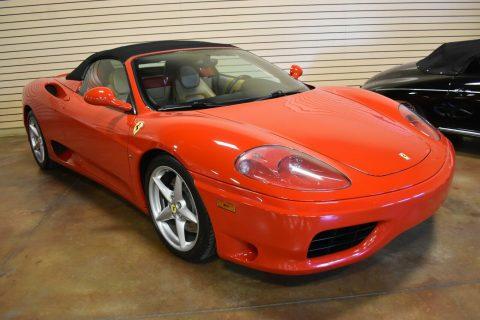 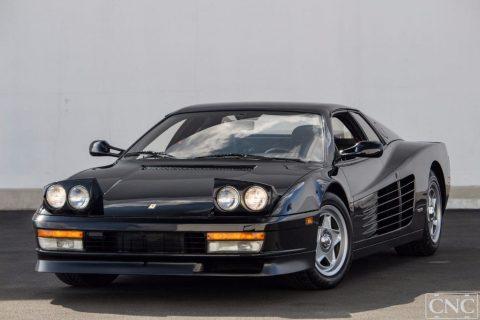 1987 Ferrari Testarossa in Black Only